Clear the Way for Bats

If you have federal funding or need to secure federal permits for your project in Ohio, Indiana, or Michigan, you need to be aware of tree clearing restrictions based on migratory bats. March 31 marks the end of the winter tree clearing season, so if you have your permits in order, don’t delay cutting on projects you’d like to move forward on this spring.

Why Do We Have Tree Clearing Restrictions?

Most people aren’t aware of just how important role bats play in the environment and in the economy. An adult Indiana bat eats up to 3,000 insects per feeding, including species that carry disease or threaten agricultural crops. Researchers have estimated the economic value of bats to measure well into the billions of dollars per year. 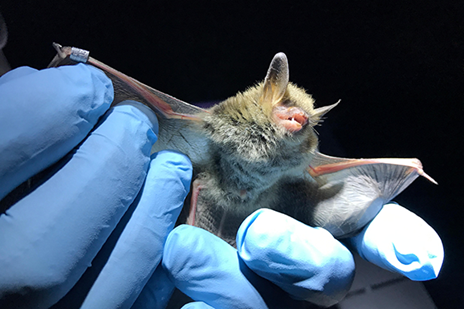 Many bat populations have been declining in recent years. In our area, there are two bat species of particular concern: the endangered Indiana bat and the threatened Northern Long-Eared Bat (NLEB.) To protect bats from incidental death, it is best to clear trees in winter when they are hibernating in caves rather than in treetops.

Overall, standard tree clearing season in IN, OH, and MI runs from October 1-March 31. However, additional restrictions may apply based on location, including species range and proximity to known bat habitat.

Indiana bats are found throughout Ohio and Indiana but only in the southern portion of Michigan’s Lower Peninsula. Tree clearing restrictions in Ohio and Indiana, therefore, apply uniformly throughout these states, and by default also protect the NLEB. This is also the case in southern Michigan; however, in areas of Michigan outside of Indiana bat range, there are still certain criteria at play such as distance from known bat hibernacula that affect permitting.

If You Need Help Determining Whether & How Your Project May Be Affected By Bat Clearing Restrictions, Or For Information About Tree Clearing Crew Availability, Please Contact Us.