The Importance of the Survey Window When Planning Rare Plant Surveys

Rare, threatened and endangered (RTE) species come in all shapes, sizes and varieties, including plants! In fact, of the over 5,200 species of vascular plants that occur in the Mid-Atlantic region between 25 and 48 percent are tracked by each state’s Natural Heritage Program for being some degree of “rare.” As such, many plant species need to be considered during project planning stages in our area. Amy Greene Environmental employs multiple trusted field botanist/ecologists that can guide you through this process: from pre-planning, to scheduling surveys, to coordinating with regulatory agencies.

The three main causes for the decline of so many plant species in the Mid-Atlantic region include the following: 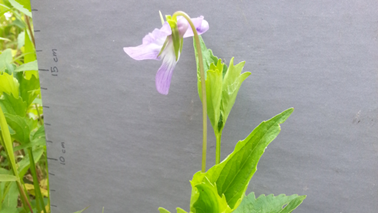 Many states have protective regulations for RTE-listed plants. In instances where a permit is required before commencing construction, a rare plant survey will often be required. The timing of these surveys is critical, as they must typically occur during the growing season, defined as “the average date of the last killing frost in the spring to the average date of the first killing frost in the fall” (per USDA NRCS). In the Mid-Atlantic region, the growing season typically spans from April through October. That period seems broad enough, but due to inherent similarities among closely related plant species, there may only be a small window of opportunity at which to identify and distinguish rare species from their more common cousins. This window of opportunity is referred to as a species’ “survey window” and corresponds to a particular plant species’ phenology (the seasonal timing when a species produces leaves, flowers, fruits, or dies back). 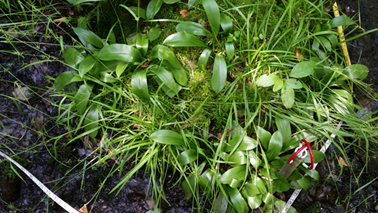 A species’ survey window can be as short as a few weeks to a few months. For example, the survey window for most violets (Viola spp.) is in early spring (late April to early May) before taller competing vegetation obscure their presence. Additionally, many violets can only be separated by specific characteristics of their flowers, which also bloom in early spring. Initiating a botanical survey for a rare violet, such as pectinate violet (Viola brittoniana var. pectinata, NJ Endangered), at the end of May would already be too late. Where violets are some of our early species, the asters are “late-bloomers”; many cannot be positively identified until September/October. Swamp pink (Helonias bullata, Federal-listed threatened) can be surveyed year-round, although the United States Fish and Wildlife Service prefers that surveys be performed through the winter to early spring (October through April) when its evergreen foliage is not obscured by other plants. 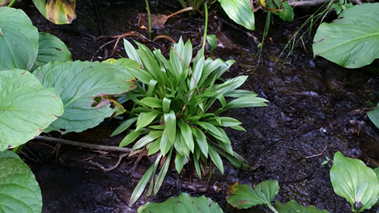 Planning a construction project that will potentially disturb rare, threatened, or endangered plants? Reach out to our team of experts soon so we can help you avoid missing your survey window and the costly delays that could occur by having to wait until the proper survey window returns the following year.