Saving the Monarch One ROW at a Time

Endangered Species Act (ESA) protections are off the table for the monarch butterfly (Danaus plexippus) for the time being, but the US Fish & Wildlife Service (USFWS) is encouraging transportation agencies and utility companies to proactively provide habitat for this striking, but struggling, butterfly on a volunteer basis. Our restoration specialists can help you enroll your right-of-way in this voluntary program, which may be the key to saving this species. In addition, this program provides participants with regulatory assurances that additional conservation measures will not be required if the monarch becomes protected under the ESA. 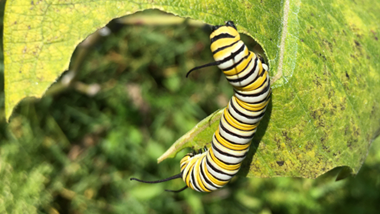 In recent years, pollinating insects have gained increasing attention within both the scientific community and the public due to an increased understanding of the important role they play in our ecosystem, and their recent marked declines in population. One of the most widely recognized species in crisis is the monarch, a butterfly famous for its annual multi-generation migration through the United States. Populations are declining due to a combination of factors, including the widespread use of pesticides and, perhaps most importantly, the loss of habitat and food sources. Although adult monarchs will consume nectar from a variety of wildflowers, the caterpillars feed exclusively on milkweed (Asclepias spp.), which has long been perceived as an undesirable weed.

In 2014, the Xerces Society and its conservation partners submitted a petition to the USFWS to have the monarch listed under the ESA. In December 2020, the USFWS announced its listing decision of the monarch as “warranted but precluded,” meaning that the USFWS has determined that the monarch meets the criteria for a threatened or endangered species, but that the agency lacks the resources to list the species at this time. The species’ status will be reviewed annually until it is ultimately listed or deemed recovered.
While the monarch will not be listed at this time, the USFWS emphasized a commitment to ongoing monarch conservation efforts at the local, regional, and national levels. One such effort is the Monarch Candidate Conservation Agreement with Assurances (CCAA), a program developed by the Rights-of-Way as Habitat Working Group, which consists of over 200 transportation, energy, government, and non-profit organizations throughout North America. Finalized in March 2020, the program is specifically for non-federal companies and agencies that manage roads and railways, as well as electric power generation, transmission, and distribution facilities within the 48 contiguous United States. 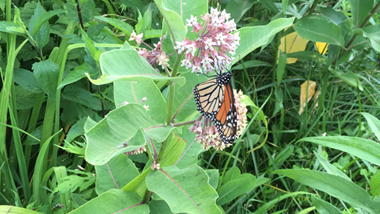 Partners who enroll in the program voluntarily commit to an integrated candidate conservation agreement (CCA) to create, enhance, and maintain habitat for the monarch on their rights-of-way, as well as implement conservation measures to reduce impacts to the species during operations and maintenance activities within existing rights-of-way. Conservation measures may include the planting of milkweed and other blooming nectar plants, imposing timing restrictions on mowing and other vegetation maintenance activities, and limiting the use of herbicides. For these efforts, the enrollee would receive a USFWS enhancement of survival permit, which would authorize the incidental take of monarchs that may result from operations, maintenance, and modernization activities should the species become listed under the ESA. 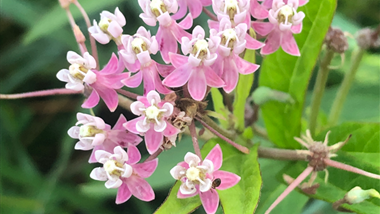 Interested parties can submit applications to enroll in the CCAA until the monarch is listed as threatened or endangered. The USFWS anticipates that the program can provide more than two million acres of habitat for monarchs and its successful implementation may in fact eliminate the need for listing. We can assist your organization in weighing the costs and benefits of enrolling some or all of your system in the CCAA and develop effective, site-specific conservation measures to accomplish the program’s goals.

For Further Information About This Topic Or To Have Our Team Assist You With Your Project, Contact Us Today.