Prior to construction activities, your project will need to screen for the habitat or presence of the threatened and endangered bog turtle, Glyptemys muhlenbergii, before it can be permitted if the following apply: 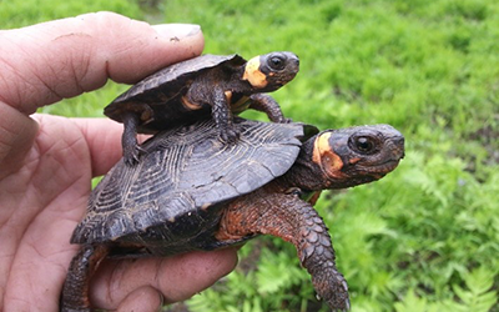 The bog turtle is North America’s smallest turtle, measuring only about four inches as adults. The northern population of bog turtles ranges from New York and western Massachusetts and south to Maryland. The bog turtle prefers to live in open canopy, unpolluted, herbaceous sedge meadows and fens bordered by wooded areas. They depend upon a diverse habitat for foraging, nesting, basking, and hibernating, and they can be a good indicator of water quality and wetland function.

We have several employees at Davey Resource Group (DRG) who are experienced in the field of herpetology and three of these employees are also recognized by the U.S. Fish and Wildlife Service (USFWS) as being qualified to identify bog turtle habitat and visually survey for the presence of bog turtles in Connecticut, Delaware, Maryland, Massachusetts, New Jersey, New York, and Pennsylvania. If you determine that you need a Phase 1 bog turtle habitat survey, you should engage a qualified bog turtle surveyor (QBTS) as soon as possible to perform the proper surveys to decide if further coordination with the USFWS will be required. Phase 1 surveys can be conducted by wetland scientists or other biologists who are not QBTS recognized; however, Phase 1 findings submitted by non-QBTS biologists are scrutinized and may require a site visit by a USFWS biologist. Starting out with a QBTS on a Phase 1 survey could prove beneficial to your project timelines and/or budget with a quick Phase 1 turnaround and expedited agency coordination if further action is required. If potential habitat is determined to be present, one or more of the following measures will be required.

While Phase 1 surveys generally can take place any time of year, a Phase 2 presence/absence survey for turtles requires a state scientific collector’s permit and is restricted to a survey window of April 15th to June 15th. A minimum of four survey days are required during a Phase 2, and several factors including air temperature, time of day, time between survey days, etc. all determine how quickly a full Phase 2 can be accomplished. 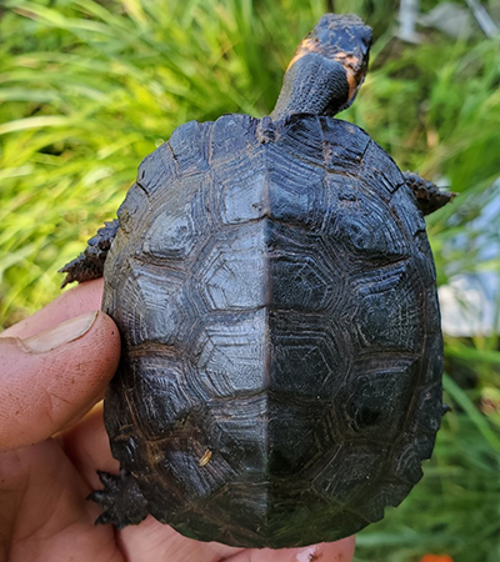 Some studies have indicated that Phase 2 surveys sometimes fail to detect bog turtles in large wetland complexes, areas of dense vegetation, and/or when populations are at low density. In such cases, Phase 2 surveys may need to be augmented by trapping, sometimes called Phase 3 surveys. Phase 3 surveys can sometimes be conducted in lieu of the Phase 2, but generally they are conducted if the Phase 2 fails to capture turtles by mid-May. Phase 3 surveys require the placement of 20 traps per acre of habitat, and the traps must be checked daily for 20 consecutive days. The agencies typically require that the Phase 3 be completed by June 15, but leniency is often granted to allow a few extra days to meet the 20 day requirement. DRG also has the required experience and capabilities to perform bog turtle trapping surveys.

When you consider all the factors involved, from acquiring the scientific permit, to getting in and out of the muck, to final coordination with the state and federal agencies involved, it’s a no-brainer to make it a ‘best management practice’ to utilize our decades of expertise.

Schedule A Consultation Early As Possible In Your Project Planning Process To Avoid Costly Impacts On Your Project Timeline, Contact Us Today.