What’s Going On With WOTUS?

If you are planning or in the middle of a development project that may affect a stream or wetland, you may be wondering whether and how the proposed revision to the Waters of the U.S. (WOTUS) definition may affect your project. Will you still need to apply for a permit, or not? While there are no simple answers, here’s a plain English explanation to help clarify what’s happening with WOTUS, and what it might mean to you. 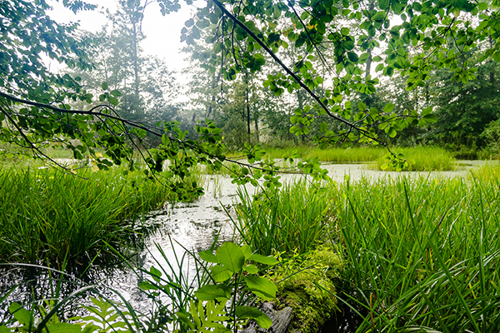 The Clean Water Act is the primary law governing pollution of U.S. waters. The act, amongst other things, prohibits unauthorized discharge of pollutants into “navigable waters,” and requires anyone planning to place fill material in such waters to obtain a permit. In Section 404 of the Clean Water Act, “navigable waters” is defined to mean “waters of the U.S., including its territorial seas.” So determining the definition of “waters of the U.S.” (WOTUS) has become a critical issue in today’s regulatory landscape, because whatever the current definition is will determine whether or not you need a permit – which, as we all know, can be a very time consuming and expensive thing to obtain.

The WOTUS definition has historically been a contentious regulatory issue. It has been revised on numerous occasions, and there have been several Supreme Court decisions directing the US EPA and U.S. Army Corps of Engineers to change their definition.

In 2015, the U.S. Army Corp of Engineers and the US EPA issued a new definition for WOTUS called the Clean Water Rule. This regulation effectively caused a large increase in the number of waters and streams falling under federal jurisdiction. This move was heavily contested, resulting in a nationwide stay on the rule issued in October 2015. However, this decision was overturned by the Supreme Court last January, resulting in the Clean Water Rule being applicable in a patchwork of states across the country

The US EPA and U.S. Army Corps of Engineers subsequently suspended the Clean Water Rule and announced plans to replace it with a new rule. The proposed new rule was published on February 14, 2019. The 2019 rule is currently open for public comment through April 15.

What Do the Changes Mean For You?

The proposed WOTUS revisions reduce the total amount of streams and wetlands that are federally regulated. Specifically, the definitions of adjacent wetlands and tributaries have changed, which means that wetlands and ephemeral streams with no surface connection to a river, stream, or tidal water are no longer considered to be WOTUS.

However, it’s important to keep in mind that the actual definition of wetlands has not changed and that wetlands may still be subject to a state’s permitting requirement. If you are currently engaged in a project or are in the planning stages of one and have not yet done a delineation to identify any regulated areas on your property, it’s time to do your due diligence. A delineation is an essential component of site planning and can save you a lot of trouble going forward.

If You Would Like To Know More About How The New WOTUS Rule Could Affect Your Project, Please Reach Out To Your Local Davey Representative.