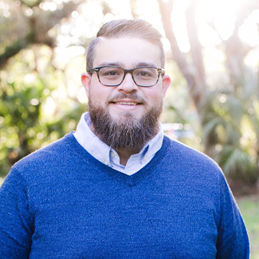 Omar Leon is community-minded when it comes to his role in urban forestry. Starting out in the nursery industry, Omar ventured into the public sector in 2008 when he took on a role in arboriculture and landscape management with the city of Coral Gables, FL. Over time, he developed his career by becoming an ISA Certified Arborist® and an operations supervisor for the city of Miami Beach. As he became more involved in the review and development process of the city’s major forestry projects, Omar took on a role as an urban forester for Miami Beach in 2017.

“I’ve always been serving the public one way or another, but there’s something about working with trees and urban tree canopy management that’s exciting,” Omar says. “It’s one of those careers where you get to create a lot of positive change and improve the quality of life for an entire community.”

Omar was involved in the development of Miami Beach’s urban forestry master plan (UFMP) and has overseen several large-scale reforestation programs. Currently, he’s managing an initiative to plant 5,000 trees throughout the city over the next five years.

“It excites me to be able to initiate change that creates properly managed and sustainable urban forests for future generations,” Omar says. “We’re setting the foundations and benchmarks that people are going to try to achieve moving forward.”

“You hear it time and time again, trees and urban forestry have been put on the backburner,” he says. “When you stay focused and try to constantly relay that message of the importance of the urban forest to the people, it helps to reinforce that you are a strong leader in urban forestry and their community.”

Despite the challenges of working in urban and community forestry, Omar says the industry is “rewarding” and cites his fellow urban forestry peers as pillars of inspiration. “The people that are involved in this industry, that you deal with on a day-to-day basis, are amazing folks. It makes me proud to be part of such an amazing industry.”

This profile is the third of DRG’s series that highlights leaders in urban forestry, sharing stories from their experiences in the industry, and how they spread their passion for trees.