Does Your Project Impact Streams? A Mussel Survey May Need to be Completed 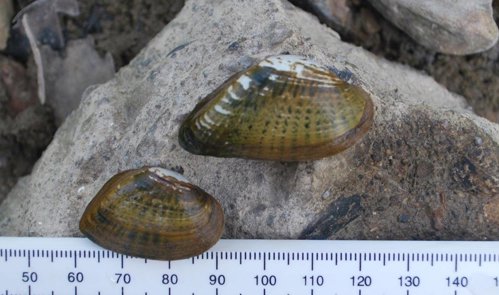 What are freshwater mussels? Freshwater mussels are bivalved mollusks, very similar in appearance to their clam and oyster cousins in the ocean. They are present in many of Ohio’s streams and rivers, where they act as living water filters.

What does Ohio law say about mussels? All native mussels are protected in the State of Ohio. In addition, ten federally listed species occur in the state and are protected by the Endangered Species Act. Ohio Department of Natural Resources (ODNR) has developed the Ohio Mussel Survey Protocol to help developers avoid impacts to these protected species.

The Ohio Mussel Survey Protocol lists all of Ohio’s potential mussel streams and breaks them down into five categories:

If a project requires impacts to mussels or potential mussel habitat within any of these listed waterways, the waterway will require a mussel survey before construction can begin. The survey season for mussels in Ohio is May 1 through October 1.

Mussel surveys and relocation: The type of waterway determines the type of survey required, and subsequently, the level of qualification needed for the surveyor. There are three levels of qualification for surveys in Ohio (all levels require an Ohio Scientific Collectors Permit):

A Phase 2 survey is more intensive survey used to determine if FLS are present within the mussel concentration defined in Phase 1. Surveys performed in Group 2 and 4 streams require the surveyor to have a federal permit from U.S. Fish and Wildlife Service (in addition to the Group 1 and 3 Systems qualifications).

All mussels identified within the project impact area must be relocated to a safe location upstream before construction begins.

If You Wish To Further Discuss How This Information May Affect Your Project, Please Contact Us.