Bats & Tree Clearing: How Conducting a Summer Survey May Benefit Your Project 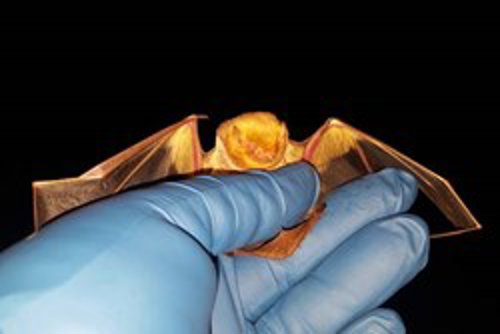 If you missed the winter tree clearing season of October 1 through March 31 and waiting six months for the next tree clearing window is not an option, a summer bat survey may be the solution. If your site meets various requirements, U.S. Fish and Wildlife Service (USFWS) and Ohio Department of Natural Resources (ODNR) may grant you permission to conduct a summer survey for Indiana and northern long-eared bats. Depending on the results of this survey, you may be given permission to cut trees outside of the winter clearing season. It is important to note that if your site is within a certain range of a known hibernacula (bat cave) or is within the vicinity of a capture (i.e., bat was caught during a previous survey), then permission to conduct a survey may not be granted.

What is a summer survey?
Although there are a number of different survey types, the bat mist-net survey is the most common survey method for the purpose of obtaining permission to cut trees on your project site in the summer. The typical bat mist-net survey is done over a three-night period using black nylon mesh nets suspended between two poles to capture bats. Upon capture, the bats are identified to determine if endangered bats are in the project area. Netting begins at sunset and continues for a minimum of five hours. Following completion of the survey, a report of the survey results is submitted to USFWS and ODNR for review. Assuming no Indiana or northern-long eared bats are captured, you are typically given permission to clear trees outside of the winter clearing season for the site surveyed

When can the bat mist-net survey be done?
The survey can only be conducted between June 1 and August 15. Weather conditions also dictate when a survey can be done. Surveys can occur only when the following weather conditions are met: no precipitation, temperatures greater than 50˚F, and wind speed still to calm.

How long is summer clearing approval good for?
Five years unless otherwise stated.

Why is there tree clearing restrictions and who has to abide by them?
In the State of Ohio, the Indiana and northern long-eared bats are afforded special protection under the Endangered Species Act. Because these species of bats hibernate in the winter, they are not using the trees, so winter is the ideal time to clear trees. If your site requires tree clearing, and there is a federal nexus for your project (e.g., federal funding provided, or federal permits needed to construct), then you must abide by the winter tree clearing date restrictions.

If You Wish To Further Discuss How This Information May Affect Your Project, Please Contact Us.