Matt Millette joined Davey in 2014 after an acquisition, and he quickly became the lead for the emergent herbicide program. He was then promoted to project manager, becoming instrumental in building a strong vegetation management program for ComEd. He has since moved up the ranks and is now an account manager for the Upper Midwest region. In his role, Matt will be responsible for engagement with MidAmerican, ATC, ECE, Arrowhead Electric, and other accounts, focusing on exceeding client expectations. 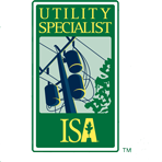