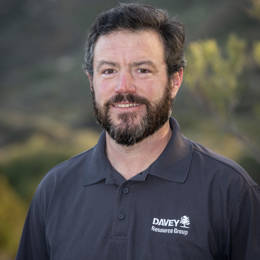 Kevin Akers joined Davey in 2021 after a lengthy career in wildland firefighting. He traveled throughout the western United States fighting fires since 2009, becoming a captain overseeing several crews. Using the leadership skills he gained in his previous career, Kevin has recently been promoted to project manager. In his role, Kevin is responsible for managing the client experience, developing new leaders, and building successful teams on the San Diego Gas & Electric contract. His responsibilities also include expanding the safety culture among the team, improving production oversight, and providing innovative solutions to strengthen Davey’s partnership with SDG&E.