The U.S. Army Corps of Engineers (USACE) is modifying several Nationwide Permits (NWPs) ahead of their current expiration date of March 18, 2022, and will probably reissue all NWPs to avoid reopening the NWP program again in 2022. It is anticipated that these proposed revisions will be published in the Federal Register as early as the first quarter of 2020.

NWPs are general permits issued by the USACE that authorize development projects in wetlands and other aquatic environments protected by the Waters of the U.S (WOTUS) rule. These permits ensure federally protected wetlands and waters are minimally impacted during development, maintaining the many benefits that these resources provide the ecosystem. 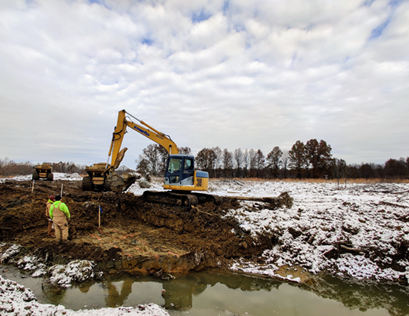 The issuance and reissuance of NWPs normally occur every five years. The current NWPs are set to expire on March 18, 2022. However, the USACE is considering reissuing these NWPs early, as noted in the USACE’s Fall 2019 unified agenda. The USACE previously prepared a report identifying nine NWPs related to domestic energy production and use that are subject to proposed changes in accordance with Executive Order 13783, Promoting Energy Independence and Economic Growth. Additionally, the USACE is considering modifying several other NWPs to provide consistency across the entire NWP program, including potentially removing the 300 linear foot stream impact threshold and relying on the 1/2-acre limit to satisfy the no more than minimal adverse environmental effects requirement for NWPs. The intent of these modifications is to help simplify the NWP authorization process.

What does this mean?

We can speculate based upon the USACE’s October 25, 2017 report, but since that is now more than two years old, the safest bet to say that the goal of these changes is to streamline the NWP process, which has become increasingly data-intensive and time-consuming since the 1980s. This potentially includes changes to how historic issues are addressed, which often delays wetlands permits and increases project costs. For more details, see either the October 25, 2017 Summary of Draft Recommendations or the entire report.

There is no indication in public records that the 45-day standard review period will be reduced. The USACE indicated that 87% of NWPs, regional general permits, and programmatic general permits were verified by the USACE districts in 60 days or less. Over time, this review goal has expanded from 20, to 30, to 45 days.

When will this happen?

This rulemaking action will require approval from the Office of Management and Budget, followed by publication of the proposed rule in the Federal Register for public comment. Those comments will then need to be evaluated and addressed, and a final rule published. Additionally, once the final rule is published, Ohio EPA will have 60 days to prepare the associated 401 conditions (these must be reissued in order for the NWPs to be valid without needing to obtain an individual 401 Water Quality Certification from the state). Therefore, it is likely that the issuance/reissuance of the NWPs may not go into effect until mid-2020 at the earliest.

Reach Out To Your Local DRG Office To Understand How These Changes Might Impact Your Projects & For Assistance With Compliance To The New Legislation.

This article originally appeared in Field Notes on November 21, 2019 and has been modified to address regional permitting differences. Field Notes is produced by Wetland Studies and Solutions, Inc., a wholly owned subsidiary of The Davey Tree Expert Company.