On January 23, 2020, U.S. Environmental Protection Agency (EPA) and the U.S. Army Corps of Engineers (USACE) finalized a revised definition of “Waters of the United States” (WOTUS). This new regulatory definition, which will go into effect 60 days after being published in the federal register, will update the extent of streams, wetlands, and other water bodies that are protected under the federal Clean Water Act and associated 404 and 401 permitting programs. USEPA and USACE have stated that the rule streamlines the definition of WOTUS by including four simple categories of jurisdictional waters and provides clear exclusions for many features that have not been traditionally regulated. Two of the most important changes: ephemeral streams and certain wetlands (specifically those that are not adjacent to other jurisdictional waters) will no longer be covered under the Clean Water Act. Due to the reduction in federal protection afforded to these aquatic resources, numerous environmental groups have stated their intent to file lawsuits in federal court to block implementation of the new rule. 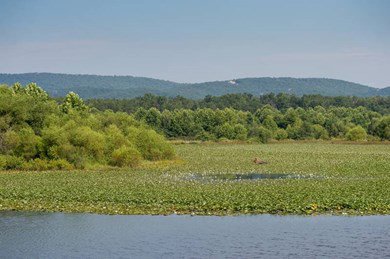 The rule will not change...

Contact Your Davey Resource Group Regulatory Project Manager To Learn More About How The New WOTUS Definition May Affect Your Project.