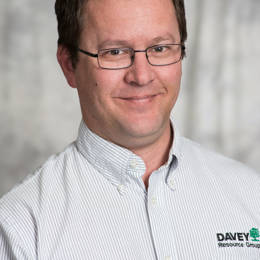 Geoffrey Etzel joined Davey in 1997 as a contract utility arborist. Since then, Etzel has been promoted to the eastern region operations manager, where he manages accounts in Michigan, Ohio, and Pennsylvania. Etzel has planned and managed projects involving transmission and distribution line inspections, vegetation pre-planning and right-of-way efficiency surveys.

Etzel holds a bachelor’s degree in forestry management from Northern Arizona University. He is a member of the International Society of Arboriculture and Utility Arborist Association.