Pat Covey Appointed Chairman of Davey Tree Board of Directors

Kent, Ohio – The Davey Tree Expert Company President and CEO Patrick M. Covey has assumed responsibility as the chairman of its board, following a board action at the directors’ meeting today. 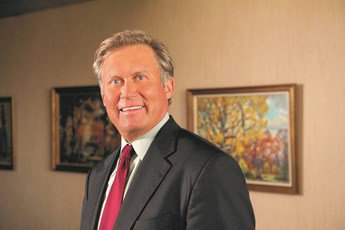 Covey has 28 years of service at Davey and was named president and CEO in 2017. Covey assumes the chairman position during a time of growth and expansion, as Davey announced plans for an addition to its corporate headquarters and development of a new employee training and research facility in Kent last year. The company also achieved $1 billion in total annual revenue in 2018 and has closed on more than 20 acquisitions since January 2014.

Covey said the success of the company is rooted in the dedication of all of Davey’s employee-owners. “Davey has enjoyed sustained growth and prosperity in recent years because of our employees’ collective commitment to safety leadership, high-quality service and a desire to grow their markets,” Covey said. “In turn, the company will continue to focus on employee strength and development by investing in education and training, and by continually reaffirming our commitment to employee-ownership.”

Covey earned a degree in business from the University of Wisconsin in finance, banking and accounting. He is a member of the board of trustees for the Arbor Day Foundation, is a board member of Environmental Design, Inc., of Houston, and serves on the board of directors of Akron Children’s Hospital and Bandit Industries, Inc. Covey is a member of the International Society of Arboriculture and Tree Care Industry Association. He is a certified public accountant and is a member of the American Institute of Certified Public Accountants.

The Davey Tree Expert Company provides research-driven tree services, grounds maintenance and environmental solutions for residential, utility, commercial and environmental partners across North America. As one of the largest employee-owned companies in the U.S., Davey has been dedicated to creating and delivering sustainable solutions for 140 years. Become part of the Davey legacy and apply today.