In this BobVila.com article, Dan Herms, vice president of research and development at the Davey Institute, discusses how climate change is affecting the growing season and what that means for your landscape.

The changes are subtle, but there’s no doubt that growing seasons are getting longer in most parts of the world. According to the Environmental Protection Agency (EPA), “the average length of the growing season in the contiguous 48 states has increased by more than two weeks since the beginning of the 20th century.” 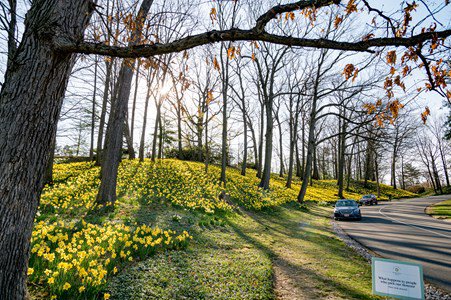 While this is a welcome change in some areas, it’s having negative impacts on backyard habitats in other places. Longer growing seasons are affecting the gardening experience across the country, but there are actions that you can take to help your landscape transition smoothly.

​What created the longer growing seasons?

A growing season is a length of time during which rainfall and temperature are optimal to allow plants to grow. Most people measure that time frame from first to last frost dates. Growing seasons are also influenced by air temperatures, frost days, rainfall, and daylight hours.

The cause of longer growing seasons is climate change. “The average surface temperature of the world has increased about two degrees Fahrenheit or 1.1 degrees Celsius since the beginning of the 20th century,” explains Dr. Daniel A. Herms, Vice President of Research and Development at Davey Tree. The increased global temperatures also created a shift in precipitation patterns, causing plants to bloom earlier and first fall frosts to arrive later. According to the EPA, the growing season has lengthened in almost every state, but is increasing faster in Western states.

In this Weather Channel segment, Dan Lambe, CEO of the Arbor Day Foundation, talks about their partnership with Davey and changing plant hardiness zones.
Read More

In this Bob Tanem in the Garden segment, Cal Agrifolia from Davey’s San Francisco office talks about proper tree care and their Davey career while answering listener questions.
Read More
Back to Newsroom