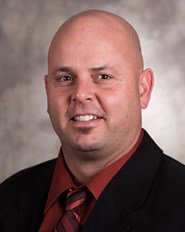 “Mark’s excellent work ethic, leadership skills, passion and dedication to the company have been instrumental in the growth and success of the service line,” said Dan Joy, executive vice president and general manager, CLS and Operations Support Service. “His ability to build engaging teams is a benefit to Davey’s clients and his motivation enhances every aspect of the projects he touches.”

Svozil is an International Society of Arboriculture Certified Arborist® and a National Association of Landscape Professionals Certified Manager. He is a 1995 graduate of the Davey Institute of Tree Sciences (D.I.T.S.), Davey’s flagship training program in biological sciences, safety, tree and plant care and management techniques.

Svozil is a past member of the Davey President’s Council, whose members serve a three-year term on various committees to brainstorm and research new ideas related to the company’s operations. He is a recipient of a Davey Outstanding Manager Award and the Best of Davey Leadership Award.

With more than 10,500 employees throughout North America, The Davey Tree Expert Company provides solutions for residential, utility, commercial and government clients. Rooted in research, the company’s vision is to achieve balance among people, progress and the environment. Tree experts since 1880, Davey provides diversified tree services, grounds maintenance and environmental services. Celebrating 40 years of employee ownership, Davey is one of the largest employee-owned companies in the U.S. and is headquartered in Kent, Ohio. Want to join us? Discover your Davey career, and apply today.