A major North American-based company called on WSSI to remove invasive species from a stream bank near a span of rights-of-way (ROWs) that could have put the stability of the ROW at risk.

A major North American-based energy company called on WSSI to remove invasive species from a stream bank near a span of rights-of-way (ROWs) that could have put the stability of the ROW at risk.

A concerned landowner reached out to a major North American energy company regarding streams that ran alongside the ROW during a right-of-way project in the spring.

About 500 feet of stream running parallel to the southeast portion of the ROW in Waynesboro, Virginia, was riddled with invasive woody vegetation. The vegetation choked out other plants and affected the stormwater impact of the stream that could lead to erosion.

Because of the company’s ongoing relationship with Wetland Studies and Solutions, Inc. (WSSI), the energy company knew WSSI was a one-stop shop that could help them avoid a potentially dangerous situation

WSSI and the company already have a Master Service Agreement that was originally put in place for GIS work and habitat assessment. With contract agreements already in place, WSSI was able to act rapidly and bring in other resources, such as Davey Tree for brush removal.

Crews used a combination of mechanical and chemical methods to remove the invasive plants. Since the project took place in close proximity to the stream, WSSI wanted to eliminate any possible negative effects chemical treatment could create and used environmentally friendly herbicide to treat any remaining vegetation after mechanical removal.

Once the removal was complete and the landowner approved a seed mix suggested by WSSI, WSSI leveraged the relationship they have with the Virginia Department of Environmental Quality (DEQ) for the agency’s approval quickly.

WSSI’s established relationships with the company and DEQ allowed this project to be completed quickly, taking about 5 ½ days to complete.

The site has since become a rapid success. Eighty-five percent of the seeds planted grew in three months, which will help to mitigate future land loss due to erosion.

>> Contact us to learn more about Davey's Utility Solutions. 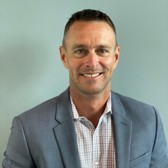 Davey helped a natural gas utility complete an inspection and leak detection project for farm taps located in rural areas of Northeast and Northwest Ohio, finishing before the scheduled timeline and within financial goals.
Read More