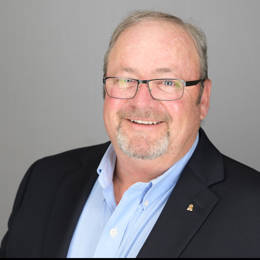 Jack Bloomfield has been a member of the Davey family since 1976. His career at Davey started as a groundsman on the Commonwealth Edison account in Chicago. His growth through the field operation ranks took place quickly and by 1987, he was an account manager on the Wisconsin Public Service account. In 1993, his area of operations shifted to Michigan, where he began building the Lakes region. In 2006, Jack became the Regional Vice President for the Lakes region and has since been promoted to Senior Vice President of the Lakes region. In his current role, Jack continues to focus on Davey’s client-first strategy, including safe and efficient results.